The proposed 72-mile-long Cascading Rivers Bikeway runs between Estacada and Detroit, through Ripplebrook. Information on the designation process for proposed scenic bikeways are available at www.oregonscenicbikeways.org.

A draft of the bikeway plan is also available by request from Alex Phillips at alex.phillips@oregon.gov. Public comment on the recommended bikeway will be taken at the meetings. Written public comment will be accepted both before and after the meetings until the Oregon State Parks and Recreation Commission acts on the proposed designation. Comments will be reviewed by the route proponents and included in the information presented to the Oregon State Parks and Recreation Commission before the commission votes on designation.

Here is a virtual flyover of the proposer route! (You need Google Earth plug-in to view) 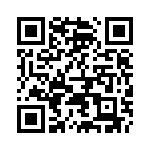 Scan the QR Code to get the Route on your GPS or GPS Enabled Smart Phone!